It’s July and temperatures are falling across the country. It may be chilly Downunder but Aussie women are on fire in the northern hemisphere, with Ash Barty, Sally Fitzgibbons and Hannah Green victorious in tennis, surfing and golf.

All eyes were on interest rates and the ongoing US-China trade war in June. In Australia, the Reserve Bank cut its official cash rate by 25 basis points to an historic low of 1.25% with more cuts anticipated. In the US, Federal Reserve chair Jerome Powell said the case for cutting rates had strengthened. This led to a fall in the US dollar, with one Aussie dollar now buying US70c, up more than a cent over the month.

The RBA is concerned about emerging signs of a slowing economy. Australia’s annual economic growth fell from 2.3 per cent to 1.8 per cent in March, the weakest since 2009. Local unemployment is stuck at 5.2 per cent compared with 3.6 per cent in the US. Inflation at 1.3 per cent is well below the central bank’s 2-3 per cent target band. Retail trade fell 0.1 per cent in April with annual growth down from 3.5 per cent to 2.8 per cent. New vehicle sales were down 7 per cent in the year to May, the biggest annual decline in 9 years.

On a more positive note, Australia’s trade surplus was a record $37.7 billion in the year to April with record China imports and exports. Iron ore prices at US$115 a tonne are up almost 72 per cent year on year. And in the aftermath of the federal election, the NAB business confidence index rose from 0.1 points in April to 7.3 points in May, the biggest lift in almost 6 years.

Time for an annual tune-up? 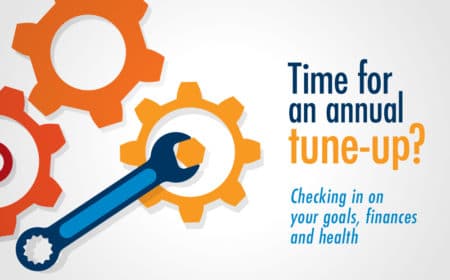 We don’t think twice about taking our car in for a regular tune up. Why? Because we know it’s going to mean our car runs at its best and saves unexpected problems down the track. It... 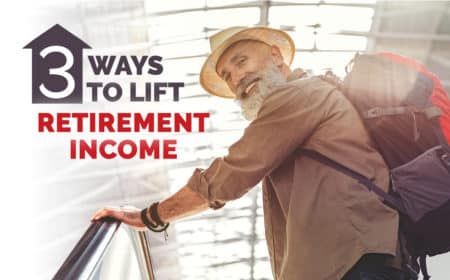 Aussies are living 10 years longer than we did 50 years ago; we are also staying fit and active well into retirement. Expectations of retirement are also higher, whether that be overseas...

Making the most of falling interest rates 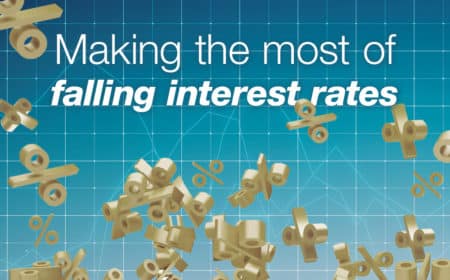 The Reserve Bank’s decision to cut official interest rates is good news for anyone with a mortgage or hoping to buy their first home, but presents a challenge for savers. Whatever your...